My first Olympic knitting project was this Citron Shawl. I had entered it in the Works in Progress Wrestling event.  :)  I had started it a year ago, but quickly put it away, not sure if I liked the colors.﻿ 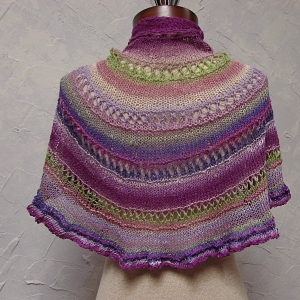 I took it out at the start of the Olympics and it is now finished.  I have to admit, that when done and blocked, I love the colors!  Who would've thought. 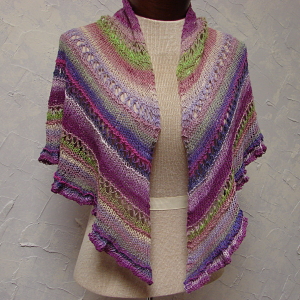 This spring I had purchased some cotton sock monkey brown yarn and sock monkey red yarn at Hobby Lobby.  I wanted to make something with it, so I found this tiny sock monkey pattern.  I had entered this little guy in the Toy Toss competition. 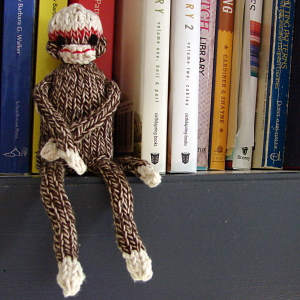 My third project was cup cozies.  I actually planned to make one, from the left over yarn above, but had plenty of yarn to make 2! Actually, I still have yarn, but it is in the stash with the other cotton yarns that I have. The cozies were entered in the Homestuff Hammerthrow competition. 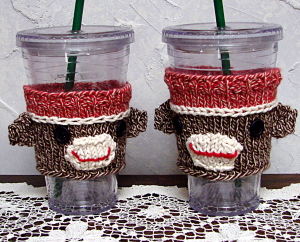 I have one more project to go.  It is a stuffed teddy bear. It is started, but not near finishing.  I have 3 days to go.  Not sure if I will cross the finish line with this one, but I am going to try.
Posted by Joanne at 5:29 PM 2 comments: