I have lots of ladies in my life, who I love to knit for. One of  those family members will be receiving this hat and hand warmer set.  For the hat I used the Spiralini pattern on Ravelry. It was a fun pattern. 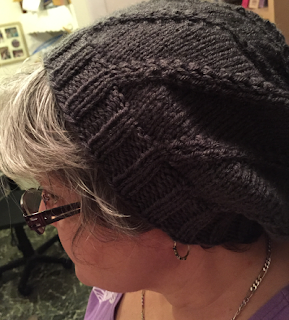 I had purchased two skeins of Vanna's Choice yarn from Lion Brand yarns.  The hat was made from one of those skeins and then I decided to use my own pattern, Peek-a-boo Cable Mitts, for the hand warmers. In my pattern I use a special bind-off, but decided not to work that bind off, but to work a couple of rows of k2,p2, ribbing and then work a normal bind off. 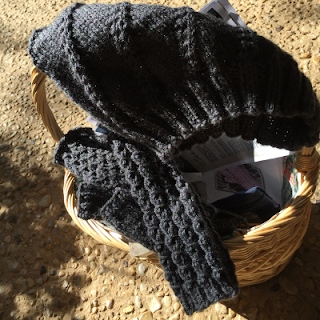 When I was growing up, my mom would make this wonderful pumpkin cake recipe.  It was sooo good and I have great memories of this cake. I was wanting to make a pumpkin cake last week. As I was looking on Pinterest for different recipes, I thought about this cake. The cakes I kept findin used a boxed cake mix and I wanted something from scratch.  So, I went on the hunt for mom's recipe.

I found the recipe in my recipe file, and decided to make it.  Instead of the tube pan called for, I used a regular bundt cake pan, cause I don't have the pan that she used to use.  Her pan was similar to a springform pan, with a tube in the center of the bottom part, forming a hole in the middle of the cake. You wouldn't turn the cake upside down to remove it, you would take the side of the pan off, and then lift the cake off of the bottom and place the cake on your plate.

I have looked for a pan like that, but I guess when the bundt pan became popular, maybe they stopped making the one I saw mom using. Recently, I found something similar at Ikea, but its not the same.  All that to say, that the cake didn't raise and fill the bundt pan I used, because it really needed a smaller pan. But, all in all, it worked and looked pretty and disappeared quickly.


The cake has an intense flavor of spices and is very moist. 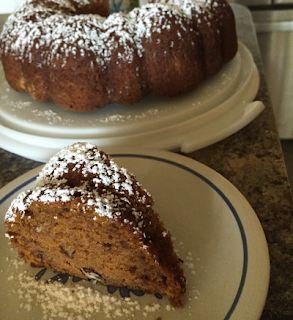 -Place the sugar, baking powder, baking soda, salt, flour, cloves, cinnamon, nutmeg and allspice in a bowl.
-Stir in the eggs, oil, pumpkin, and water, mix well.
-Stir in the raisins(I don't use raisins) and nuts.
-Spoon into a greased 10 inch tube pan(I used the bundt pan) and bake. 1 3/4 to 2 hours, or until done. Cool for 30 minutes and turn out onto plate. (my cake took about 1 1/2 hours, I tested it with a toothpick and it came out clean)

You can frost this with cream cheese icing, but I decided to just sprinkle powdered sugar on top.

I hope you enjoy this cake recipe and make it lots of times!

Posted by Joanne at 6:33 PM No comments:

Time flies when you are having fun. I heard that somewhere. Haha! I think it is an extremely true statement though.  I have no idea where the last 15 years has gone.  Here are some pictures of my oldest 2 grandchildren. Nicole is already learning to drive a car!!! 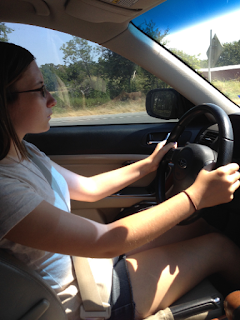 Here she is at school. Frequently, she has to dress for school as if she is going to business. Here she is on one of those days. Her mom met her for lunch and was able to get this great shot. 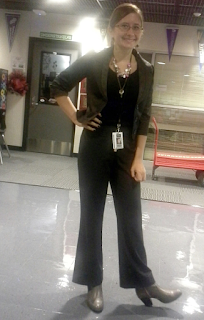 Claire picked out new glasses this summer and here she is! Always ready with a beautiful and cheery smile. 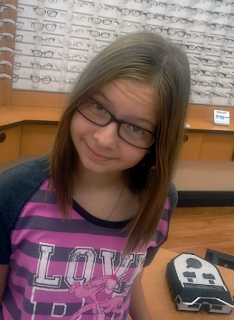 Here is a recent picture of my mom. I was able to visit her in NY during September.  It is always fun to visit her! 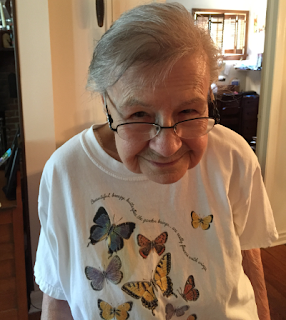 The granddog came to visit for a couple of days.  She loves being outside, but I don't have a fenced yard.  So, we generally go on plenty of walks and sit on the front porch.  On this day I was cleaning off the front porch and she was bird and squirrel watching. 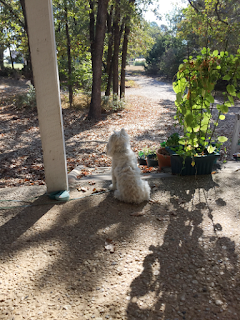 Here's me!  While at mom's I was updating and cleaning her computer and while waiting I decided to take a selfie.  It was about 90 F that day and no air conditioning(and I was still smiling). 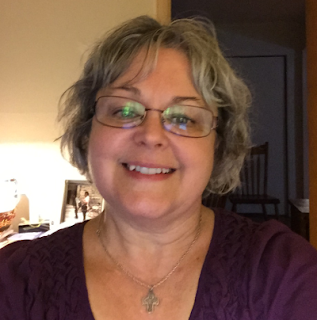