Chances are, if you knit or crochet, you have ripped out rows and rows of your work to fix a mistake.  I have anyway.  I have actually ripped out an entire sweater and reknit it. WHY? you ask, well, I didn't do a gauge swatch, hahaha, and it was too big.  It would've fit the jolly green giant.  I tried to find someone big enough to wear it and there was no one, seriously. NOW, my motto is "Do a gauge swatch."

This little tool has been out for a while, and I put off purchasing it because I thought it a bit pricey at $18.  I mean, I can use a crochet hook and use that money to buy more yarn and fiber.  LOL! So, as I have been helping people fix their knitting issues, with a crochet hook, I would think about this little tool and WISH I had purchased it when I had seen it.

A few weeks ago, I went to a yarn shop in Dallas and found the tool! 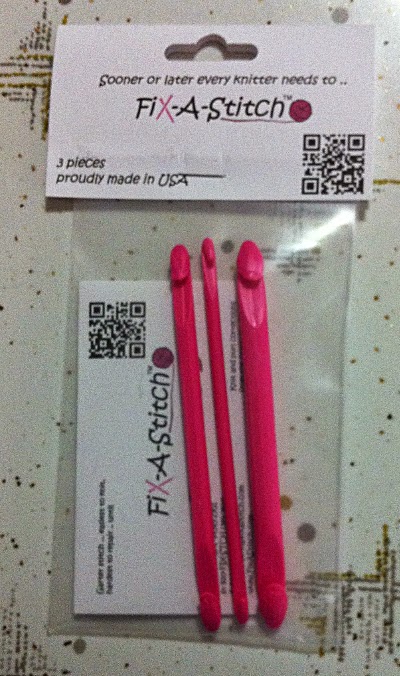 It is a good thing I broke down and purchased it. I have used it several times on just my scarf! Here is one instance. Just above the safety pin is a mistake. For some insane reason I had purled and not knit the garter stitch, who knows why?  Maybe so I could use my tool?  :) 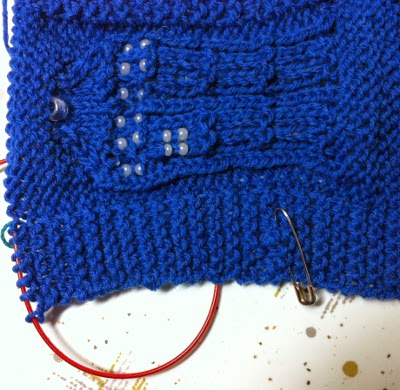 Below, I have lightened the picture and did a close up so that maybe you can see the error of my ways. 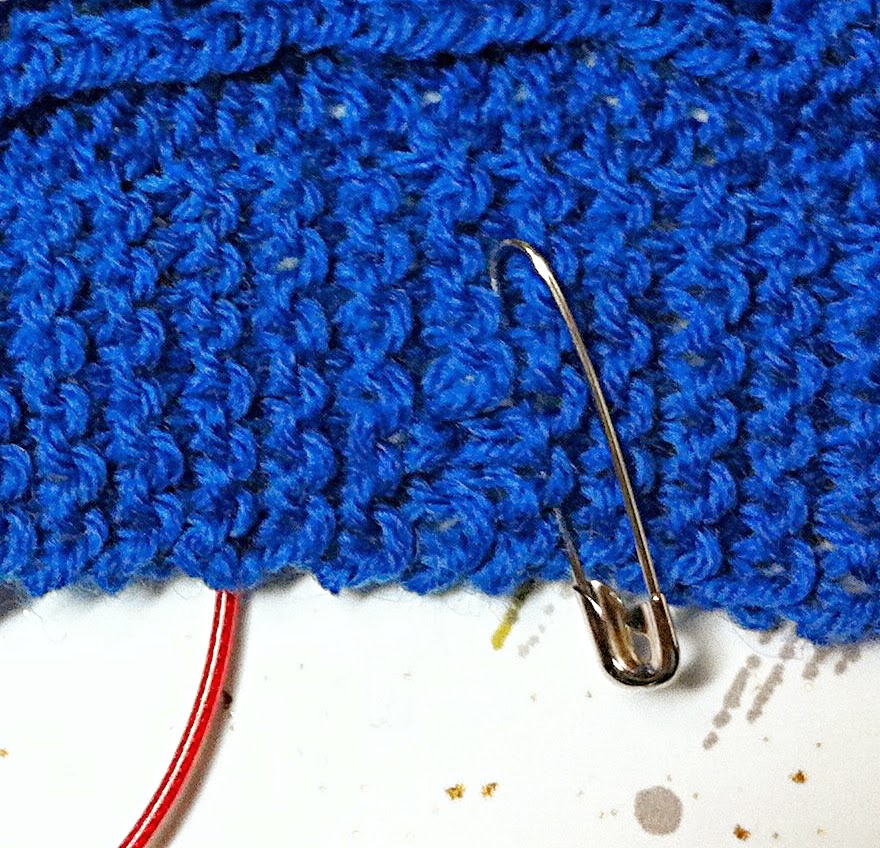 I then slipped the stitches, from the closest outside edge to the mistake stitch onto a double pointed needle for safe keeping. I am using a circular needle for knitting my project. Next I dropped the stitch that formed the column of stitches where the mistake happened. You can see the ladders. Now for the test of my tool. 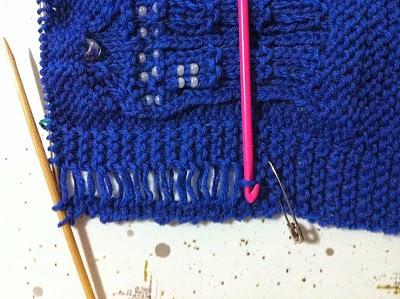 FIXED! In record time. Using a tool that has a hook on either end, was so much easier for garter stitch than fussing with a crochet hook.  IMHO, it is worth every penny. :) 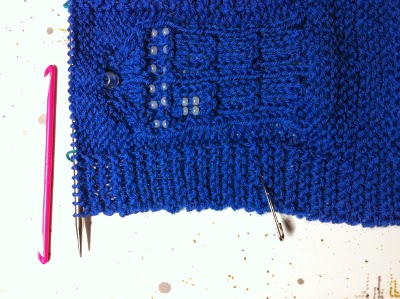 Just so you know, I have made more mistakes and have been able to use the tool for help in fixing them.  But, I did place the beads in the wrong place and actually did rip out about 20 rows or so....  I had placed the 4 window beads on the right side of the picture and they needed to be on the left side. (I was watching movie at that point) Although I could've used the tool, I figured it would be easier to rip. I would have to fiddle with the other beads above the 4 that would have to be removed and replaced on either side of the picture, so I could move the beads.  To me that would've taken the same amount of time to fix.
If you have never dropped a stitch, on purpose, and you decide to try it, lay your knitting flat on a table while you work with it.  That way you aren't fighting gravity and gravity won't make it rip past where you want it to go.  Laying it down on a table also will give you a good view of your knitting and free up both of your hands for use in fixing your mistake.
Posted by Joanne at 12:03 PM 4 comments:

In March, I went to the Wildflower Fiber Retreat. On the way to Tyler, TX, where the retreat was held, my friend Sharon and I stopped at a yarn shop named Rose Path. It is a great shop and the ladies inside were very friendly. Even the gals sitting and knitting at the table were friendly! There was a shawl/scarf/light wrap laying on top of some yarn and it caught both of our eyes. What a great shawl for Texas, or actually, anywhere that you might just need a light shawl or scarf. It was made from cotton yarn, which is a great yarn to use for summers in Texas. 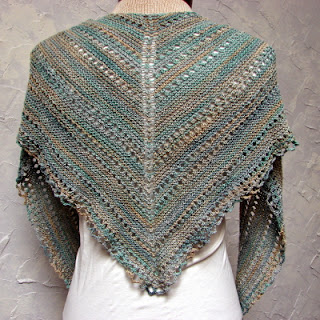 My thought process at the time was, I could knit this up for summer and get to where it in the cold air conditioning.  Well, summer is almost over and it is FINALLY done.  :)  I love it and the cotton is some of the softest yarn I have used.
﻿ 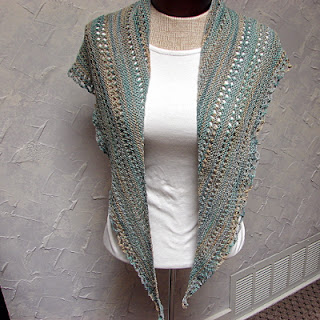