This summer our oldest daughter, Rebekah, and I drove her van, daughters and dog to Long Island, NY to visit my mom. We were actually able to connect and visit with other family members who still live on LI and some who were visiting.
One of the days we were there, we visited the Montauk Point Lighthouse. It is on the south-eastern tip of Long Island.  That is about 120 miles east of New York City.  This lighthouse          was commissioned by George Washington. 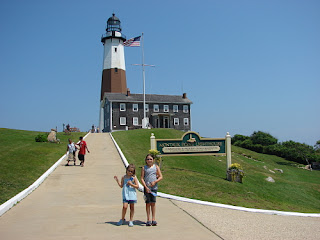 Below is a view from the grounds surrounding the lighthouse. The water is the Atlantic Ocean. 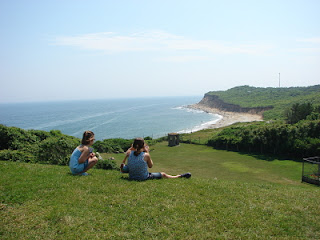 Thought you might like to see the crystal light, that used to shine to warn sailors of land. There is a new light up there now. It is truly a gorgeous sight to see in person, the way it reflects the light around it. 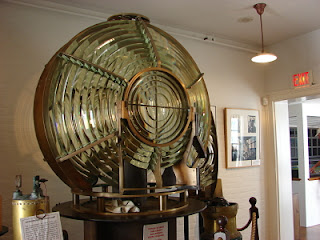 We climbed to the top of the lighthouse. Well, I climbed almost to the top. I stopped when the stairs became a ladder going almost straight up. I decided I didn't have the courage to go up those stairs and then another set just like them.  Actually, I had the courage to go up, just didn't know if I had the courage to get back down them.  I had visions of a helicopter having to come and rescue me from the top of the lighthouse.  So, this view is as high as I climbed.  Rebekah and the girls went all of the way up, calling to Gramma to come on up.  :) 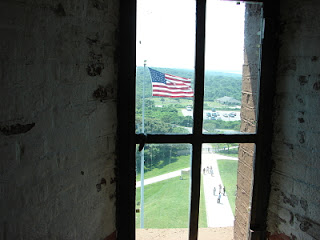